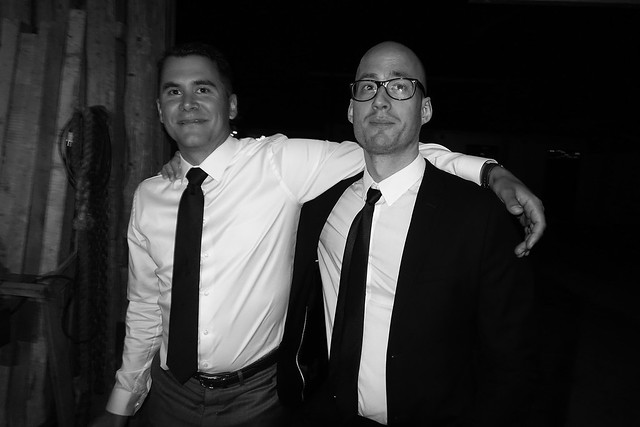 For a long time there have been rumors, legends even, that there was a long lost tunnel beneath Atlantic Avenue, Unfortunately, no records could ever be found that not only would confirm that there is such a tunnel, but that one ever existed either. That is, until the mid-1970s, when an engineeering student named Bob Diamond, who was curious about the mysteries surrounding the possible existence of such a tunnel, unearthed a map of the tunnel system dated 1850. There, surprisingly, was the tunnel. Further, even more shockingly, there was a manhole indicating street access that was still there.

This was, of course, a major embarrassment to the city’s engineering department, who had no idea that a tunnel ran underneath their city that they were totally unaware of, but there it was, and Diamond was on a quest to find it.

Finally, Diamond was able to convince the gas company to open a manhole that he thought was the entrance to this tunnel, and it was in the middle of a busy intersection on Atlantic Ave. Soon Diamond was digging underneath the street. Dirt mounds were everywhere, but he was soon uncovering evidence that a long lost trolley system existed. Not only that, but until 1861, it was one of the busiest trolley networks in the world.

A few years after his discovery, Diamond found out something even more intriguing: the existence of a locomotive that is supposedly buried inside the tunnel, and even pages from John Wilkes Booth’s diary, the missing pages that have mystified Lincoln assassination buffs for years.

Unfortunately, a corrupt contractor in 1861 convinced city officials that they should close the tunnel and fill it in, gaining the contract for himself. But he only half did the job, walling up both ends with an open area in between and covering the walls with dirt and pocketing the full amount for the job.

So by the beginning of World War I, the stories about the long lost trolley system were rampant, and would not die. Only the single manhole cover was the sole access point to the mystery, until, that is, Diamond went on his hunt.

From the mid-1970s until recently when the city revoked all of their permits, Diamond was the sole operator of a tour for the tunnel, keeping the stories alive and reviving hope that the tunnel could be reopened for the enjoyment of anyone who wanted to take a trip through history. City fathers, however, had different ideas, but they won’t share them with Diamond or anyone else.

As a result, the mystery of what is between the walls on the Atlantic Street tunnel remains. It hard to tell what is in there. Even with as much technology that is available that could answer the questions of why nobody wants to see what is behind the wall remain unanswered. And, unfortunately, it seems like the answers will never be revealed unless something changes in the near future. The good news is that Bob Diamond will still be there, ready to lead a tour, knock down a wall, or whatever else it takes to discover the secret of what is behind the wall.